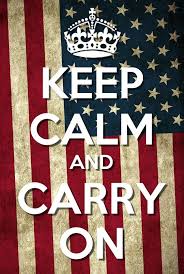 This is a re-post of an article I just wrote for The National Interest. It is a response to the increasing hawk threat inflation – presumably to justify possible airstrikes –  that even one North Korean nuclear weapon is intolerable, or that even one North Korean nuclear strike on America would bring down the country, or that the NK nuclear program is an ‘existential’ threat to the US.

None of that is true. Is it bad that NK has nukes and missiles? Of course. Would it be a humanitarian catastrophe if NK nuked one or several American cities? Obviously. Would that bring down the American state, the US Constitution, and the American way of life? No, it would not. Is it creepy and strangelovian to talk like this? Yes. But NK nukes are here to stay; we need to adapt to this reality. We need to start thinking soberly about these sorts of frightening questions, especially if we are contemplating the use of force against North Korea, with its huge attendant risks.

The below essay argues that the US has some resilience against even the disasters which would follow a North Korean nuclear attack on the homeland. Many people would die but that is not the same is bringing down the whole country. Killing people is not the same as breaking the state, and way too many hawkish threat-inflators, like President Trump or John Bolton, are eliding this point. In the four US strategic bombing campaigns of the 20th century – against Nazi Germany, Imperial Japan, North Korea, and North Vietnam – none of them lead to governmental breakdown and domestic anarchy. We are not on the cusp of Lord of the Flies or Mad Max, and we should be honest about that, even as we try to contain the NK nuclear program. To do otherwise just scares the hell out of the country even more than it is now. Even in the worst case scenario, which this essay presents, NK almost certainly does not have the ability to destroy America, even if it can kill many Americans. That is a distinction, however macabre it may seem to point it out.

Late last month, the American Director of National Intelligence Dan Coats called North Korea’s nuclear weapons program a “potential existential threat to the United States.” Coats hedges a bit by throwing in the modifier “potentially,” but he has spoken this way before. Unless he has spectacular secret information, this is woefully inaccurate. North Korea is a growing threat to the United States with its nuclear missile program, and it is indeed an existential threat to South Korea and Japan. But its threat to the US is actually not existential – as, for example, Russian and Chinese arsenals are – and is unlikely to become so.

Language is important here. North Korea is a indeed a threat to the US, but it is a greater threat to US regional allies, and its proven ability to strike the US with a nuclear warhead is still hotly disputed. Ranging the US with a missile is not the same as hitting the US with a reentry-survivable nuclear warhead that could evade US missile defense. Nor, even, does one or two or a dozen North Korean nuclear strikes on the US mainland constitute an “existential” threat.

Such a scenario would, of course, be terrible, but for North Korea to actually threaten the existence of the United States would take dozens of nuclear strikes across almost all of America’s major cities. The humanitarian costs of even one nuclear detonation would be enormous, of course, and the national psychological shock would be akin to nothing in US history, bar perhaps the Civil War. But this is not the same thing as actually hitting the United States hard enough that its society begins to fragment and its government collapse. DNI Coats does not use those terms, but presumably that is what an “existential” threat is. Large numbers of civilian casualties, even in the millions, and the loss of several American cities is not existential. Horrible, yes. A dramatic reorientation of American life, absolutely. But not the end of America.

In fact, the United States is actually well postured to survive – or ‘ride out,’ in nuclear war parlance – a nuclear strike. The US is a large country, with a widely dispersed population. According to the Census Bureau in 2015, it has only ten cities whose populations exceed one million people. And twenty percent of its population lives in rural areas, distant from any realistic North Korean target. That is sixty million people. Residents of large cities like New York and Los Angeles are threatened, but much of the US population is not. It is important to be honest about this.

American governmental federalism is another benefit. Even if Washington, D.C. and other large US metropolitan centers were devastated, the US has multiple levels of government which would continue to operate. States, counties, and cities would continue to function, uphold law and order, and provide points from which to rebuild damaged national structures. By way of example, the collapse of government in New Orleans due to Hurricane Katrina in 2005 did not lead to cascading collapse across Louisiana or the Gulf Coast. Even Imperial Japan in 1945, after months of punishing US bombing, managed to ride out the nuclear detonations in Hiroshima and Nagasaki without a national breakdown.

Nuclear strikes in America will not necessarily lead to apocalyptic outcomes, and we should be cautious about using Coats’ frightening language. Highly centralized states are at greater risk than America. Where one national capital represents the national center gravity – as with Seoul in South Korea, or Paris in France – the risk of a nuclear ‘decapitation strike’ to throw the country into chaos is real. Hence North Korea’s greater threat to highly centralized, and more proximate, Japan and South Korea. But America’s thick decentralization makes it more resilient.

Finally, long-term US political stability suggests socio-political resilience. Assuming again that North Korea strikes Washington and America’s other large cities, it is not obvious that the US would then fall into some manner of political anarchy or revolution. The US is a wealthy, stable state with the world’s longest running constitution (230 years). Its population has never had any meaningful political traditions besides liberal democracy. There are no serious revolutionaries waiting for social chaos to strike, like in czarist Russia or Weimar Germany.

Indeed, Coats himself likely knows all this, which is why he appended “potentially” to his comments. By calling the North Korean nuclear missile threat “existential,” he is probably trying to capture and focus attention, both in the US and, especially, China. But adding “potentially” allows him to pull back so that he does not appear too alarmist and incur the jeering of the analyst community over something that is really not true. This political and somewhat contradictory phrasing leaves Coats’ actual beliefs rather unclear.

His exaggeration is understandable, however, due to China. In fact, I imagine much of the overheated rhetoric coming from the Trump administration about North Korea is intended to pressure China to finally do something on the issue, rather than accurately portray the threat from Pyongyang. But this is risky threat-inflation. Scare-mongering contributes to the growing drumbeat for airstrikes against North Korea which could ignite a disastrous regional conflict, even though North Korea almost certainly does not intend to offensively strike the United States with its nuclear weapons.

3 thoughts on “No, North Korea’s Nuclear Missiles are Not an ‘Existential’ Threat to the US”