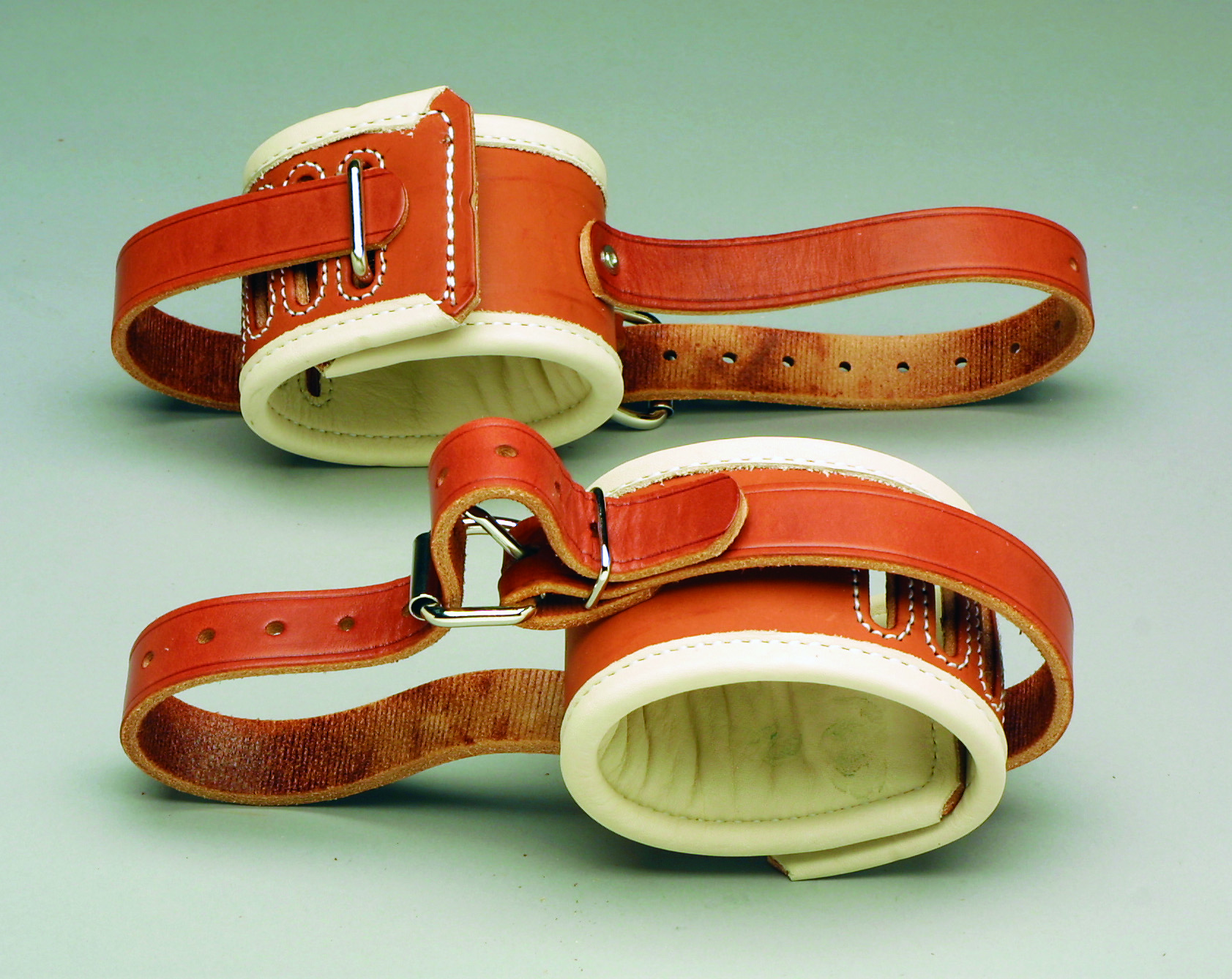 This is a local re-post of an essay I published with The National Interest last month.

My concern is to separate the idea of greater US caution and self-discipline overseas from faux-complaint that this is ‘isolationism.’ Just because the US is more cautious in its use of force, or more demanding of its allies, doesn’t mean the US is abandoning them. Indeed, pushing them to do more, spend more, think more strategically about their own security is a way to revive US alliances, to make the US alliance framework less unipolar, richer. and more fully capable. I don’t see why this is so often derided as isolationism

Will Trump do this? Probably not. For a moment there, it seemed like he might embrace a foreign policy of restraint, but his hawkish cabinet picks and proposed DoD build-up suggest that is unlikely.

As a presidential candidate, Donald Trump insisted that America’s allies were receiving a free- or cheap-ride on American security guarantees. He insisted that they pay more. If they did not, a President Trump might not feel compelled to meet US treaty obligations. Now that he has been elected, there is rising anxiety among American allies that such a scenario might come to pass. Very exposed allies, such as the Baltic states or South Korea, feel this most acutely. South Korea’s president, Park Geun-Hye, made sure to phone Donald Trump within twenty-four hours of his victory because of these anxieties.

There is a necessary debate to be had with US allies on burden-sharing. Unfortunately, Trump to date has cast that in a bean-counting light: how much do allies pay for this or that American capability? This could easily degenerate into a he-said-she-said contest over who paid how much for this lightbulb or that paperclip. While there is space for America’s wealthiest allies to pay more, such a frame casts the US military in a mercenary role at odds with the liberal values that underpin most American alliances. This is why Trump’s claim that America should have taken Iraqi oil fell so afoul of the foreign policy community. It smacked of war spoils-taking.

Such bean-counting misses the real issues, which are allies’: willingness to spend more of their own resources on their own defense and power projection; commitment to develop hi-tech, highly trained forces capable of inter-operating with the contemporary American military; and general strategic seriousness.

As early as President Eisenhower’s ‘New Look,’ the United States has tangled with the European members of NATO especially over the proper contributions of those allies to the larger effort. Such issues have also cropped up regarding America’s Asian allies since the 1980s. At that time, Japan was thought to be overtaking the United States, in part because its military spending was so low due to the American guarantee. Later, as North Korea nearly collapsed in the wake of the Cold War, this critique was expanded to South Korea. Writers at The National Interest have been at the forefront of these arguments.

And the numbers are indeed disturbing. Only four of twenty-eight NATO members meet the recommended defense spending floor of 2% of GDP. Japan spends an astonishing -1% of GDP on defense, while South Korea spends around one-half to one-third what it otherwise would against the North Korean threat. All these states are wealthy enough to spend more. American officials have lobbied for this for years, and Trump may be the ‘unpredictable’ figure necessary to finally achieve this by threat unfortunately, if not by persuasion.

Improving these numbers in aggregate is significantly more important than zero-sum fights over allied payments to the US which Trump has highlighted. Burden sharing agreements get very complicated very quickly. It is difficult to determine the precise nature of expenses as well, given hard-to-calculate opportunity costs for land use, road construction, environmental damage, and so on. Many US allies could indeed pay more, and for G-20 allies like Britain or Japan, there is really no excuse for the relationship not to be at least 50-50. But treating even close US allies as clients-for-cash is sure to provoke a domestic backlash over what is bound to be portrayed as a shakedown and, more importantly, misses the forest for the trees: the larger American interest in pushing allies to spend, do, and think more themselves. The real goal is not to tear down US alliances over demands for cash, but to build them up through greater allied seriousness of purpose.

Trump’s goal should be to encourage US allies to spend more of their own resources on forces and doctrine. Sure, allies could pay the US more, but far more valuable would be their own ability to carry more of the load. Multilateral operations carry greater international credibility, relieve operational tempo stress on the US military, and signal to opponents that they face a full-bodied international coalition of serious, committed democracies, not just the Americans yet again. Britain and France’s failure to be able to sustain their air operations over Libya in 2011 is emblematic of allied atrophy, as was the US support required by many allies who sent forces to Iraq and Afghanistan.

Almost every major US ally has cut its capabilities since the Cold War, relying on what disgruntled American analysts call ‘Uncle Sucker’ – the US willingness to step in at the last resort when allies are stressed. In Europe we see this where the Balkans’ crises of the 1990s and the recent Ukrainian crisis were pushed onto the US. In Asia we see this in the South China Sea, where locals like Japan, Australia, India, and so on should be far more engaged. Further, only a few US allies still train enough and are technically sophisticated enough to inter-operate with American forces. Lagging allied capabilities have become a genuine interoperability handicap that a cash hand-out will not fix.

These declining capabilities reflect a larger collapse of strategic imagination. The real problem of US allies is not tribute payment but infantilization. In Europe, the case for European military integration has been obvious for decades, made even more obvious by Putin’s growing troublemaking. But the American military shield permits minor issues like Greece to capture the continental agenda. If the Trump threat finally convinces Europe to build an EU army, that is no bad thing. In Asia, Japan’s famous pacifism is a wholly artificial construct made possible by the US guarantee, as is South Korea’s continuing strategic obsession with Japan rather than North Korea or China. In all cases, the US guarantee shrinks strategic horizons and permits domestic particularities and obsessions to overwhelm obvious geopolitical realities.

Trump’s life-long obsession with deal-making, and his instinct to read negotiations as zero-sum, likely stand behind his demand for more allied money. Indeed America’s wealthiest allies could pay more. In South Korea, for example, there is no reason for Seoul to refuse to pay for THAAD missile defense which will mostly shield South Koreans not Americans. But these are minor issues compared to the larger need for US allies to get serious about their capabilities and strategies. America’s Eurasian allies are all closer to the action than the US. On Russia, Germany and the EU should be taking the lead; on China, Japan should be out front; on North Korea, South Korea should take ownership, and so on.

This suggests that the alternative to America’s current internationalist-interventionist foreign policy consensus is not simply isolationism or retrenchment, as that consensus endlessly insists. Instead of demanding cash under threat of abandonment, as Trump has hinted, his administration should direct the burden-sharing debate toward allied foot-dragging. The point is not to cast American alliances into doubt, but to reinvigorate them with greater allied strategic seriousness. Allies would be wise to listen, lest a more Trumpist GOP in the future take an even harder line.

1 thought on “Restraint and Burden-Sharing to Revive US Alliances, not Tear Them Down”