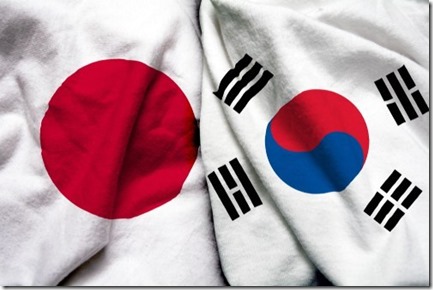 This is a re-post of an essay I wrote a few weeks ago for the Lowy Institute. I am also happy to say that I was translated into Japanese, here.

So everyone knows that South Korea and Japan are having another spat – this time over compensation of Korean forced labor during the Imperial period. Korean courts have opened the door for lawsuits, while Japan continues to insist that all such claims were resolved at the time of normalization treaty. Korean officials I’ve talked with tell me that there is nothing the government can do. This is coming from the courts. I find that highly unlikely given the extreme presidentialization of the South Korean constitutional order and regular POTROK flouting of checks-and-balances.

But my concern here is that the  South Korean push on Japan on yet another issue will not lead to pushback. Trump doesn’t care about this stuff. He’s racist, dislikes allies, and gets most animated when telling them to pay more. SK conservatives, who have traditionally slowed the march to a precipice with Japan, are out of power. And Abe is burned out on this issue (‘Korea fatigue’).

So if the South Korean left genuinely wants a breach with Japan, and a slide into a cold war over Dokdo/Takeshima, Sea of Japan/East Sea, comfort women, labor reparations, and so on, then they’ll get it this time. This is very worrisome, but also a ‘useful’ social science natural experiment moment: we will learn just how far the South Korean left is willing to go on Japan, because the traditional brakes are not there this time.

The full essay follows the jump…

Relations between South Korea and Japan are spiraling downward – again. This is a depressingly regular event. Every few years, these neighbors slide into a serious spat, driven usually by disputes over historical interpretation – the record of Japan’s colonialism in Korea from 1910 to 1945 – or territory – Dokdo to Korea, Takeshima to Japan, and the Liancourt Rocks to the rest of us. It often gets pretty nasty pretty fast, as this one is becoming too.

The commentary on this topic has been enormous (start here). Western analysts particularly tend to be flummoxed that South Korea exerts so much effort on this question, despite living flush against three dictatorships (North Korea, China, and Russia). Much international relations theory – balance of threat realism and democratic peace theory particularly – suggest that these two states should cooperate far more. But the South Koreans are simply not interested: anti-Japanism is a core nationalist narrative here. Japan has increasingly responded in kind.

There is no need to go over all these details again (my own thinking is here). This time the fight is over wartime compensation for Korean forced labor in wartime Japan (here is the movie version which pretty well captures the South Korean national attitude on this issue). The Korean side is now threatening to even expropriate Japanese corporate assets in South Korea to pay these claims.

The morality of this South Korean claim is arguable, but suffice to say that Japan will not accept these claims. It is threatening to respond, starting with tariffs on Korean products and restricting market access, and likely threatening to block any later South Korean accession to the CPTPP.

My concern here however is the lack of the usual brakes on these spirals, specifically the American administration and South Korean conservatives.

The primary brake on these disputes has traditionally been the Americans. Indeed, the Americans have often been the informal umpire of this dispute, particularly for the South Korean side. South Koreans and Korean-Americans have made a concerted effort to ‘win’ American opinion to their cause on Japan by erecting comfort women statues in the United States, lobbying to change the name of the Sea of Japan to the East Sea in US textbooks and maps, and bringing the issue up directly in bilateral talks with the Americans. Many South Koreans over the years here have told me that the US should push Japan much harder on these questions.

The Japanese initially sought to ignore this, but the South Korean effort has been successful enough, that Japan now routinely protest these changes.

The American government’s position is officially neutrality, but increasingly that is difficult. The US has been forced to intervene repeatedly. President Barack Obama explicitly met with South Korean President Park Geun-Hye and Japanese Prime Minister Shinzo Abe to bridge a split three years ago. US Speaker of the House Nancy Pelosi asked current South Korean President Moon Jae-In this year on his visit to Washington to avoid breach with Japan.

But with Donald Trump now in the presidency, it is unclear if he is willing to do the same. Trump is famously disdainful of US allies. His primary interest in Japan has been trade tariffs, car imports, and getting nominated for a Nobel Prize. His primary interest in South Korea has been demanding increased payment for US security guarantees. He has been burned in dealing Korea to date over the Northern nuclear program. Trump is also a racist. It is unlikely that he cares much if America’s Asian allies tear each other.

South Korea’s Conservatives are Out of Power

The other traditional constraint on deterioration is the presence of conservatives and national security hawks in South Korea’s government. The South Korean right has long shared a basic hawkish alignment preference for the US and Japan, in opposition to North Korea, the Soviet Union in the past, and China today.

It must also be said that many South Korean conservatives are descended from the founder fathers of South Korea, many of whom were collaborators with the Japanese empire. This remains a thorny issue of nationalist contention in South Korea.

Whatever the background issues, the point is that the South Korean right has often tried to maintain a basic working relationship with Japan and avoid an open breach over divisive, highly politicized historical issues. Former President Park, for example, sought to put to rest the comfort women dispute with a deal several years ago.

The South Korean left rejects this outreach and emphasizes, often with great militancy, Japan’s need to apologize continuously. The current leftist president has abandoned Park’s comfort women deal and has made no effort to head off the emerging legal battle of reparatory confiscations of Japanese corporate assets. The South Korean right has been left carping on the sidelines.

Thomas Friedman has long argued that US ties allow centrists in the Middle East to defeat their maximalists by insisting that Washington ties their hands. I believe the same is the case in South Korea and Japan. Maximalists on both sides – often NGOs and ‘citizens groups’ – would drive the relationship to the brink, but US pressure, often behind the scenes, acted as a critical brake. Centrist elites who lacked the courage to directly challenge maximalists could blame their restraint on the Americans.

This no longer operates and is particularly relevant for South Korea, as the forced labor compensation issue here is driving the current downswing. If this drive in South Korea picks up national momentum, the Moon government may not be able to stop it. Indeed, the Moon government may not want to, and Trump likely does not care enough to bother to intervene. We could be racing toward a real cliff here.

Japanese colleagues and friends have long asked me if the South Koreans actually want a breach, a genuinely competitive or cold war-like relationship with Japan. I have always thought that was not the case, and I still believe a majority of South Koreans want a better relationship – but they fear saying this publicly given intense nationalist emotions on this question. We may now found out just how far South Korea is willing to go. Its president is publicly aggressive on Japanese historical issues; a new historical issue – wartime labor – has just arisen and is sliding quickly into the standard nationalist framing of relations with Japan; the Japanese prime minister is a conservative exhausted with the Korea question; and the Trump administration is checked out on this issue. Yikes.

12 thoughts on “If South Korea Wants a Cold War with Japan, Trump Won’t Stop It”