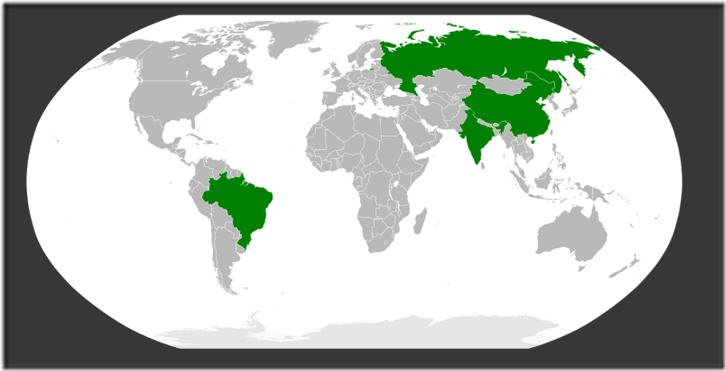 These two articles really got me thinking recently about the the complexity of global governance (GG), and whether it can realistically absorb new powers, much less define itself meaningfully to policy-makers. In fact, sometime I wonder, because I teach international organization (IO), if GG even exists at all. Randy Schweller, one of my grad school profs, says basically GG is a mash-up of rules, institutions, norms, and everything else that is so complex that is effectively unanalysable. And Thomas Weiss, quite the opposite paradigmatically of Schweller, basically says the same, and that we should go back to looking at world government (hear, hear!).

I wrote my dissertation on the IMF and World Bank in the (ever-so-quaint 1990s, pre-9/11) belief that global governance was a meaningful idea, that rules could slowly creep up on the world, that most of those rules would come from liberal internationalist thinking primarily rooted in the West, and that all this was a good thing. Even belonged to the UN Association of the USA before 9/11. Yet after years of struggling to make this an analytically coherent idea (and subscribing to the excellent journal), I have given up mostly. My own research has turned back to states instead of the tortured mix of NGOs, IO, MNCS, rules, norms, regimes, etc, etc, that are somehow supposed to interrelate into multilateral, multilayered, multisectoral, networked, transnational, social constructed, complex, I-don’t-know-which-way-is-up-anymore GG. When I teach IOs, after I go through all this with the students, and they ask me for the one-liner on GG (because all good ideas can ultimately be expressed simply), I say GG is (dysfunctional) world government-light. Hence Schweller’s piece caught my attention. GG is so complex and such a confusing notion, that it obscures as much as it clarifies. And Weiss is wonderful in his frustration that no one really knows wth GG is, and that the world government discussions of the past (after the two world wars) were much more understandable and analytically useful.

Beyond the confusion though, is my growing sense that as the non-western world gets its act together slowly in the coming decades, all this GG talk will just look like preening academic liberal internationalism, our hubris in trying to extend a system basically built for the West (plus Japan) to everyone else. But everyone else (Huntington’s famous ‘the rest’) probably don’t really want to live by the rules that we have set up. In the same way that Japan never really liked its semi-membership in the Concert of Europe and never really followed its norms (it stormed around Korea and China regardless of what Bismarck or Earl Grey thought), I think the emerging powers of the world will probably be more inclined to truculence and grievance than assimilation.

Walt calls this the end of the Atlantic Era; Mead says it is the death-throes of liberal internationalism. Increasingly, sadly to be sure, I think this is right, and increasingly my own IR thinking has drifted from optimistic liberalism to fearful realism. It makes me miss the 1990s so much. Before 9/11, the US was strong enough that we could indulge in Eurocentric intellectual flights of fancy that everyone wanted to live like us (the Washington Consensus of the indispensible nation), and that if only they followed the rules (GG), they could. But the rest of the world has been ‘rising’ (ie, modernizing, ie, it getting its act together) for several decades now, and there are a lot more of them (the Rest) than of us (the West), so inevitably as the BRICs (above map) and such come on-line, they are going to change the implementation of the rules, if not the rules themselves, if only because of their sheer bulk. China and India each have 1.3+ billion people. How can they not impact just about everything? I once heard the president of the World Bank say there would be 20 billion more people born by 2050, and 90% of them would be born outside the West. There is your one-liner for the future, not some academic tinkering about NGO access to UN specialized agencies.

Compounding these structural de-westernization trends, is the massive sinkhole of western power and strategy that the GWoT has become. The US would be declining relatively to the new risers anyway, but the $3 trillion spent on Iraq vastly accelerated this process. Does anyone remember predictions just a decade ago that China would rise so fast? Of course not, because no expected the US to shoot itself in the foot (if not the head) so badly since 9/11.

So my question then is how do we put together rules for the new post-western era. The UN, built to fail by sovereignty-obsessed nation-states, has therefore failed. It reflects a simpler world, where much of the world’s population was unsocialized, unmobilized peasantry under imperial or semi-feudal rule. So, as Schweller notes, GG was easier. There were fewer players, and they were all pretty culturally close. Today it is running the other way as previous marginalized peoples around the globe get richer, get to TVs and the Internet, complain more (especially about the US), vote their grievances, and otherwise make the liberal rules harder to enforce.

Finally, this doesn’t mean the US will be poorer or weaker, but it does mean the US will have less room to maneuver and that it will be harder to bully others into doing what we think is right for them (even if it is good for them). It’s not the decline of the US or the West, unless you equate unipolarity and Western cultural hegemony with the ‘normal’ status of the world.