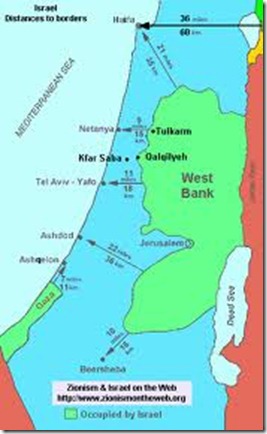 One of the most basic tenets of almost all IR theorizing is that states are territorial, literally, and obsessed with holding, if not expanding what space they have. Even if you aren’t Alexander the Great or Napoleon, out to conquer whatever is there, you still want to hold on to at least what you have. Territory is a fundamental requirement of statehood (ask the Kurds), and more is better given land’s inherent scarcity. The logic for this is simple. There is only so much real estate in the world. Barring extreme scenarios like suddenly easier land reclamation (from the sea) or interplanetary colonization, space on earth is finite. So the race to control space is by definition a zero-sum game (the Scramble for Africa). If I have it, then you don’t. The more you have, the more secure you are from others (the further away they are), the more people you probably have, the more resources you are likely to find under the ground, etc.

And this logic is backed up by loads of empirical evidence. The Japanese fight individually with Russia, Korea, and China about islands. The USSR and China fought a border war, as did the PRC and Vietnam. The US Union invaded the Southern Confederacy. The Israelis and Palestinians seem ready to kill each other over inches of barren desert. I recall reading somewhere that after the Israeli withdrawal from the Sinai, Egypt sued Israel in the World Court over several hundred feet of extra space Israel wanted to hold for a hotel or something. (Egypt won.) And the above map makes clear just how severe the territorial dilemma can be for micro-states like Israel. (Do not take the source of the map as my endorsement of Israeli policy in the occupied territories; I chose it just because it makes my point well.) No state wants to be dismembered, and lots of blood in history has been spilt trying to expand one’s land space (imperialism).

But Israel’s endless troubles holding the Palestinians, much less converting the Palestinian space and people into exploitable resources rather than manpower and money sinks, or India’s endless quest to quell and hold Kashmir, raise a good IR theory question: when is it time to just give up and take less? I am not sure if this question has been researched much because we worry, obviously, more about expansionism and irredentism than voluntary cession. But there are some good examples of this also. This article got my thinking how Sudan’s Arab elite has simply decided to throw in the towel after 25 of years of civil war with the south. 15 years ago, Ethiopia’s government decided to do the same with Eritrea. And Britain, I think, secretly hopes the Northern Irish Catholics will outbirth the local Protestants and vote for republican unification, hence ridding Britain of the endless Irish question. In Korea, I frequently argue that Korea needs Japan more than Japan needs Korea, because NK is so scary, unification with it will be so expensive, China is so big, and the US is in relative decline in Asia. Hence, it would make national security sense for Korea to try to come to some kind of deal on its island dispute with Japan (the Liancourt rocks [Dokdo]). Better relations with Japan would help Korea prepare for the Chinese challenge and bolster it in the stand-off with NK. Nor is there anything of value on Dokdo (it’s a bunch of rocks, like most of the West Bank too) and because it is uninhabitable, control of Dokdo has no implications for division of the sea or seabed. In short, the benefits of a deal are high.

So there is a cost-benefit analysis at work here. At some point, an enduring, costly stalemate may just not be worth it. I can see a few reasons why:

1. Your country is already pretty huge, or the land disputed is comparatively tiny. If I were India, I think I would be pretty close to giving in on Kashmir. India is huge, both geographically and demographically already. How much does Kashmir really matter when you already have 1.3 billion people ? For Israel though, the problem is much more acute. The IDF has argued for years that the West Bank adds ‘strategic depth’ to little Israel, which, disregarding the  moral dimension, is accurate. By this dimension, the Eritrean succession surprises me, because it land-locked Ethiopia. I would have thought that would be a national interest worth toughing it out for…

2. There are no natural resources or other immediate, tangible national interests. Dokdo’s control does not alter any material element in the Korea-Japan relationship. If anything, it wastes Korean money to artificially keep people and services stationed there that would not otherwise exist but for this dispute. This is no ‘resource war.’ So what great benefit do you get beyond that patriotic tingle in your chest?

3. The disputed territory is not ‘holy ground.’ I think this is the most tricky condition, because these sorts of disputes, zero-sum in nature and frequently rooted in long-standing neighborhood grudges, are exactly the sort of thing that get layered in over-heated nationalist rhetoric about holy struggles, national identity, God-given missions and all that sort of metaphysical talk. Witness the Jewish right in Israel talking about biblical claims from Moses to the West Bank, or Hamas’ reverse claim (also made up) of the centrality of Jerusalem to Mohammed’s revelation (it was just a sideshow in the big Arabian picture). For a hysterical and mawkish Korean version of Dokdo as holy ground, try here (be sure to listen to the song). I think there is a good dissertation here.

12 thoughts on “When to Just Give Up on Territory Disputes: Palestine, Kashmir, Dokdo?”