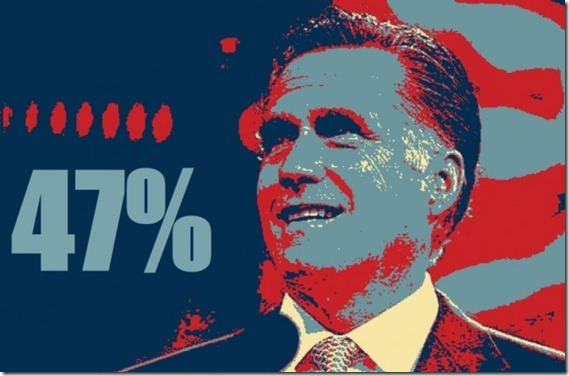 It increasingly looks like Romney is gonna lose. Intratrade now puts that likelihood at 75%. So it’s my understanding from the American politics subfield of political science, in which I took exactly zero courses in grad school, that the state of the economy is supposed to be the great determiner of American elections. But somehow Romney can’t seem to win despite 8+% unemployment. So I’ll take that as a methodological opening for wild speculation – namely my own – masquerading as rigorous theory.

Given my masterful background in this field, which includes watching Mr. Smith Goes to Washington, still getting Fox News in my cable package even though I don’t live in the US (stop chasing me!), and having been a Congressional district slave staffer (Republican) 15 years years ago, here’s my take. And no, I have no great proof to back up these instincts, but as George W Bush’s decision-making style taught me, my gut is enough, and ‘data,’ or whatever you ‘academics’ call it, is for wusses. “We’re an empire now; we make our our reality,” and here’s mine:

Wow. The polling after this just collapsed. The desperate ‘me too-ism’ of Fox News in response spoke volumes about how destructive that leak was. Scrounging up any dated recording of Obama also saying something dumb (or not) and then trying for 2 weeks to balloon it into an ‘affront to all Americans’ to stir indignation was just embarrassing. I wonder if O’Reilly and Hannity can say to Roger Ailes or Rupert Murdoch once in awhile, that some conspiracy-mongering is just too ridiculous even for them. If some old, vague Obama comment on ‘redistribution,’ which the government has been doing for almost a century, is now cause enough for GOP ‘outrage’ (ever noticed that Fox is always ‘outraged,’ btw?), then they’re effectively repudiating more than half the budget. Even in the GOP, I don’t think eliminating redistribution is majority opinion, and there’s no way the electorate will go for that, as it essentially re-writes the social contract on something -  a basic safety net – that most American simply assume now. Maybe Romney should apologize? I dunno; politicians do it in Asia sometimes. But doubling-down on that remark, as he has, is a sure-fire loser.

2. He can’t be who he really is, because the Tea Party holds him hostage.

I still think that the conventional wisdom that Romney is a moderate, trying to fool both himself and his party that he’s not, is correct. Even though the 47% tape looks like ‘smoking gun’ evidence that Romney is a clone of Jamie Dimon, I still don’t think so. Chait makes the strong point that Romney sounds like a ‘sneering plutocrat’ on the tape. Yeah, it’s pretty hard to get around that interpretation. But if I had to guess, I bet he was just saying what he thought they wanted to hear. Anyone who’s ever worked in an American campaign cycle knows the enormous pressure on candidates to pander to the mega-donors (as in the Romney vid) who make our campaigns possible (all the more reason for dramatic campaign finance reform, but that’s another story).

My own sense, still, is that Romney is moderate non-ideologue and probably not a wing-nut. I had affiliations with the Ohio GOP throughout the 1990s, and most of the people I knew were reasonable and sane, but under constant pressure from the right-wing to say/do outrageous stuff. It was always a battle to fend off some group insisting that the 10 Commandments be hung in member’s office, that the UN was taking over America, or called CNN the ‘Communist News Network.’ (All true stories.)

Instead, I think Bruni is right that the process of running for president has so distorted Romney that he just doesn’t know what to say anymore. He’s so desperate to win, so frustrated he can’t get traction against a weak president in a terrible economy, so flummoxed that his CV from the ‘real world’ doesn’t obviously out-stack a community organizer who somehow became president. So he’ll say almost anything anymore.

He wants to be a moderate who had a decent, centrist record as Massachusetts governor. He almost certainly proud that put through ‘RomneyCare’ in Massachusetts (his signature achievement as guv), speaks French (who isn’t pleased they can speak a foreign language?), and turned around a major government project – the Olympics (that’s a huge achievement). But now he can’t say any of that, because the ideological right and its media network won’t abide it. Instead, he’s reduced to transparent, shameful phoniness like teasing Obama for worrying about global warming, when someone as educated as Romney obviously knows that science is not some liberal plot.

In short, he’s been running for president for so long, he’s so desperate, that he’ll say almost anything to anyone; he’s lost himself in this mess and doesn’t really know what he thinks anymore. And the voters have picked up on this and can’t figure out who he is (like Nixon in 1960). It’s sad actually, that a pubic servant with Romney’s reasonable credentials must pander so bad he loses respect for himself. It reminds me of Condoleezza Rice, a realist for 20 years, who suddenly ‘saw the light’ of neoconservatism when in power. Yeah, right – having direct access to POTUS every day had nothing to do with that.

This is yet another reason why the agonizingly long US election process is so awful. Most importantly, the horse-race element of it distracts government from governing for huge stretches of time. But it also wrecks the integrity of almost everyone who runs for high office, Romney included, sadly.

3. He comes across like Gordon Gekko just 3 years after the Great Recession.

Even if he isn’t a plutocrat at heart (maybe not) or a winger (probably not), he comes off just awful. Romney really needs lessons from the Bill Clinton ‘I-feel-your-pain’/George W Bush ‘who-would-rather-have-a-beer-with’ school of campaigning. I realize this is terribly shallow. Exactly what difference for government does it make if W comes across like ‘Dubya,’ while Kerry is a windsurfing dork? None at all. To this day, I still resent how media read Al Gore’s earnest, over-read wonkiness as a flaw (?!!), while embracing W’s cowboy-hat-wearing folksiness. What c—!

But atmospherics count – a lot unfortunately, and Romney, the master of the universe, is a god-awful candidate – especially just 3 years after the Great Recession. As I argued earlier this month, how is it that a product of the financial services industry, like Romney right down to his perfect hair, got to be a presidential candidate just a few years after high street banking nearly wrecked the economy? That just floors me. Who wants that Jamie Dimon clone in the White House? (It’s bad enough when Dimon goes before the Senate Banking Committee and mocks the whole country.) Makes you wish Santorum had won…(*shiver*)…

3 thoughts on “A Pre-Post-Mortem on Romney’s Defeat”