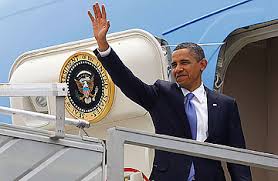 So I wrote my first article for CSIS the other day – for their PacNet series on Asia-Pacific issues. If you aren’t on the PacNet list-serve already, you probably should be. They have pretty good reach, and they manage to get a lot of good people to write for them – so who knows how I got a call. My thanks to the editor, Brad Glosserman for soliciting me.

This essay (below the jump) is a tweaked version my original essay for the Diplomat. The argument is the same, only Brad made it a little sharper and more pointed than in the original. So here I will take a moment to respond to some of the ‘you’re-appeasing-the-Chinese’ comments I have gotten. The point of the essay is not to suggest that the US should leave Asia. Instead,

1) We (Americans) should realize there are unintended consequences to our actions out here. I think we sometimes miss that due our nationalist blinders that an American presence in the world is an automatic good. It is almost always mixed, as we should know by now with our up-down involvement in the Middle East. This tries to illustrate that.

2) The good things that America is supposedly bringing to Asia are almost never measured. They are just assumed under a miasma of American exceptionalist awesomeness: we are awesome, therefore our presence is Asia is good for them. Instead of assuming in classic American Whig fashion, that all good things go together, how about a little more modesty?

So, yes, if your black/white alternative vision for Asia is Chinese regional hegemony, then US East Asian regional hegemony is great. Until China liberalizes/democratizes, we should probably stay, and that is probably a good thing. I agree that China is sort of a threat against which we should be hedging. (But Dave Kang makes an argument that China’s neighbors’ military spending does not actually suggest they see China as a big threat.) But, there might alternatives to a big militarized pivot and tacit cold war with China. Maybe some kind of concert with China, Japan, India and Australia, plus smaller powers, can be arranged. Also, we need a way to prevent East Asian allies (and ‘shadow-allies’ like Indonesia or Vietnam) from free-riding on us too much. (NATO free-riding is very severe and is crippling the response to Crimea, so it is actually pretty important to get US Asian allies to step-up.) I am not yet convinced that these alternatives to a Sino-US cold war are impossible – hence this essay. But yes, Chinese behavior in the East and South China Seas gives me pause too. It is hard to know the right way forward here.

Here is that CSIS essay:

“The conventional wisdom on US alliances in Asia, at least in the West, Japan, and Taiwan (but not necessarily in South Korea), is that they are broadly a good thing. Those alliances, we are told, provide stability. They keep China from dominating the region. They hem in North Korea and defend the powerfully symbolic South Korean experiment in liberal democracy and capitalism. They prevent the nuclearization of South Korea and Japan and a spiraling regional arms race. In short, they re-assure. They allow the US to project power into the region. They consolidate liberal democratic values in the Pacific. They help keep trade relationships open and act as a restraint on behavior in an important, but potentially volatile region.

This view is not universal. The Chinese disagree quite strongly. For Beijing, US ‘re-assurance’ to allies is a challenge to Chinese freedom of maneuver. Others in Asia see the US using its alliances to draw a new line through Asia, while some in the US believe those alliances encourage irresponsible behavior by allies, either through free- or cheap-riding or being unduly provocative.

It is time to challenge the conventional wisdom. Rather than assuming their benefits – perhaps out of widespread strategic distrust of China – and downplaying negatives, unintended consequences and second order effects, we must better understand the true value of US alliances in Asia. To be blunt, do the costs outweigh the direct benefits?

Assumptions must be questioned. It is widely accepted that the US presence halts a spiraling nuclear arms race in East Asia, even though that has not happened between India and Pakistan after they both went nuclear in the 1990s. Neither India nor Pakistan has a strong US alliance, nor are they governed as competently as most East Asian states, but that has not led to a widely feared nuclear spiral. This suggests, at least, that US reassurance might not be necessary for nuclear responsibility in Asia after all.

Stephen Walt and others have argued, for example, that the closeness of the US-Israel alliance has negative unintended consequences, like Muslim anger at the US in turn feeding sympathy for radicalism, and so on.  Similar negatives and false positives could exist in Asia. Post-Iraq, it should no longer be taken as self-evident that a heavy US forward presence is a good thing. US restraint does not equal ‘decline,’ appeasement, or the abandonment of allies.

Consider four possible negative consequences that challenge the conventional narrative for US alliances in Asia.

First, US Forces in Korea (USFK) could be perpetuating the division of Korea. This is because they serve as a critical prop in North Korean post-communist ideology and rhetoric, without which the regime would struggle to explain privation to its people. In addition, USFK’s presence could keep China from cutting North Korea loose, as Chinese scholars in my experience routinely say, and quite bluntly. The US could agree to leave South Korea permanently in exchange for China cutting North Korea loose, a step that could accelerate unification. A cut-off of Chinese aid would trigger a crisis in the North and might well precipitate collapse and unification. A unified Korea could then ‘finlandize’ between competing powers of its neighborhood, perhaps even maintaining its nuclear weapons to insure that it becomes the Switzerland or Austria of East Asia. This may be a suboptimal solution from a US perspective, but it is a pretty good outcome for the Koreans, especially long-suffering North Koreans.

Second, the reassurance provided by USFK and USFJ (US Forces in Japan) freezes the Japanese-Korean conflict and encourages maximalists and zealots on both sides not to compromise. A lighter regional US footprint or vaguer alliance commitment would oblige these two governments to deal directly with each other and reach their own modus vivendi.

Third, there is a risk that the rebalance, with its emphasis on strengthening the US military presence and its alliances, will push the US and China into a new Cold War or even conflict. There is a contentious historical debate on whether the US hardline position on the Soviet Union in the late 1940s and ’50s consolidated the nascent superpower standoff and that the action-reaction cycle hardened the conflict. US alliances operated in a simple conceptual frame – communist or noncommunist – to prevent nuanced understandings of state behavior. America’s early Cold War insistence on reading any socialist/communist state as a tool of a Moscow-run ‘international communist conspiracy’ prevented a basic modus vivendi with Mao Zedong for 20 years. The USSR might have collapsed earlier if the US been able to recruit China into anti-Soviet containment earlier. In short, there is a fair amount of evidence/argument that forward, hawkish alliance building by the US helped ignite and/or worsen the Cold War. AirSea Battle, which so obviously directed at China, may make the same mistakes.

Finally, US alliances encourage allied free-riding, in both Asia and NATO, unnecessarily driving up defense costs for US taxpayers. South Korea spends only 2.7 percent of GDP on defense, despite bordering North Korea. Japan spends an astonishingly low 0.88 percent of GDP on defense despite Abe’s tough talk on China. The rebalance will almost certainly encourage Asian allies to continue to underspend on defense at US expense. But US defense spending is already competing with the country’s aging population’s needs, massive infrastructure underinvestment, and the Tea Party’s insistence on smaller government.

Weigh these possible costs and benefits, and it is not axiomatic that US alliances are net positives for the US and the region. Ultimately, the benefits may outweigh the cost, but that must be proven, not assumed. “

8 thoughts on “My CSIS-PacNet Newsletter on US Alliances in Asia: Balance-Positive, but Downsides should be Admitted Too”