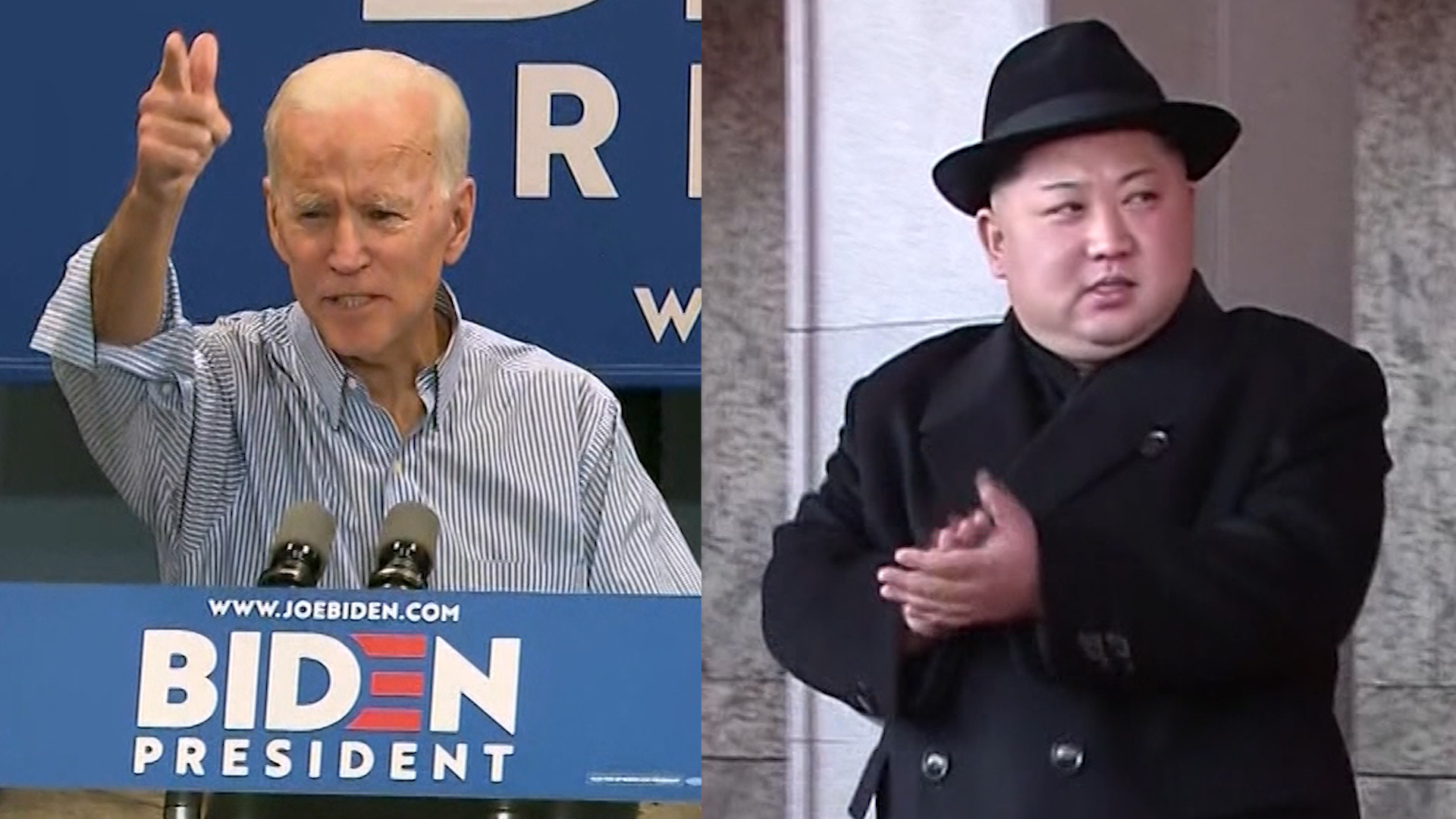 This is a re-post of an essay I wrote for The National Interest recently. They’re running a good symposium on North Korea policy in the next presidential term: how would Trump and Biden differ? This was my submission on a possible Biden victory. My submission Trump is here.

Biden was the easier one to write. Biden is a pretty establishmentarian guy. He respects the foreign policy community. And as Obama’s vice president, we have his foreign policy thinking from that period too.

So it’s not too hard to predict that Biden will revert to a fairly traditional Washington hawkish approach – no more summits or public praising of Kim; working with allies; emphasizing sanctions enforcement and China. If this sounds really unimaginative – the same kind of old-hat you’ve heard from every hawkish North Korea analyst (including me) for decades – then you are right! It is the same old story, but that’s because our options on North Korea are terrible.

For all of Trump’s threats in 2017 and blandishments in 2018-19, he got nothing out of the North Koreans. Neither has SK President Moon Jae-In’s Sunshine Policy redux. So if it’s back to the future with Biden, I am not opposed to that.

The most obvious element of the inter-Korean stand-off is its durability. Our human predilection is to look for change, so we often over-hype inter-Korean meetings, skirmishes on the border, North Korean weapons tests, South Korean elections, the movement of defectors, and so on. All of these things are important of course. They add color and perspective; they enrich our understanding of events and help us better track the choices the two Koreas make.

But the core stand-off is quite stable. North Korea and South Korea station tremendous force near their border, but both are deeply wary of friction igniting a second Korean war. They are, in the language of international relations theory, ‘status quo powers.’ Talks to reduce the stand-off have occurred repeatedly to no avail, and on the flips side, North Korea’s nuclearization in the last decade has not lead it to launch another unification war. North Korea is – somewhat surprisingly – stable, and so is the inter-Korean stand-off.

US President Donald Trump collided with this reality. Despite extremely hawkish rhetoric in 2017, followed by very dovish moves in 2018-2019, he changed nothing. His predecessor Barack Obama confronted this too, as did his predecessor, George W. Bush. In the end, most of them fell back on regional alliances – with South Korea and Japan – to continue the basic, long-running US approach to North Korea: deter, contain, isolate, and sanction. (Trump is dancing around the edges of this with his oblique threats against South Korea and his continuing praise of North Korean leader Kim Jong Un, but this seems more Trumpian theatrics than real.) I think it is likely Biden will end up doing the same, particularly as he is a pretty establishmentarian figure.

To be more specific:

1. Biden will not meet Kim Jong Un, as Trump has.

Trump’s substance-free, photo-op diplomacy with Kim has spoiled the value of a face-to-face meeting between Kim and a US president, at least for awhile. At this late date, Trump’s outreach looks an awful lot like self-flattery and appeasement. Biden will try to be more clear-eyed and serious, and that means keeping some distance from Kim and generally acting tougher and less sycophantically than Trump. In this sense, Biden will be a return to the norm.

2. Biden will not remove US forces from South Korea, although he may restructure them.

Trump’s vague threats to pull out US Forces Korea – a big issue in South Korean national security circles at the moment – will abruptly end with his presidency. There is no real interest for this in Congress, the State or Defense Department, or the US foreign policy community. It appears to solely emanate from Trump’s personal disdain from South Korea.

More possible though is a restructuring of US forces. Bunched together in a few large bases like Osan or Humphreys, US service personnel are an attractive missile target. Ideas to restructure have been floating around for awhile.

3. Biden, like Obama and Bush before him, will reach out for some kind of deal; it will fail due to North Korean flim-flam; Biden will then fall back on local alliance relationships to manage North Korea.

Bush and Obama both tried to pin down North Korea into starter, manageable deals whose successful conclusion might open the door for further, larger negotiations. Both efforts failed, mostly due to North Korean hair-splitting and obfuscation. Biden will likely make a similar good faith effort for a smallish, reasonable deal – rather than Trump’s big bang, all-or-nothing approach. This will probably fail.

This does not mean Biden should not try. Try and try again we must; the issues are too important not to. But little empirically on the ground has changed in the last four years, and the many years before that. It is easy to imagine US policy simply snapping back to what it was pre-Trump.

6 thoughts on “American North Korea Policy under the Next President 1: Biden–Traditional Washington Hawkishness”