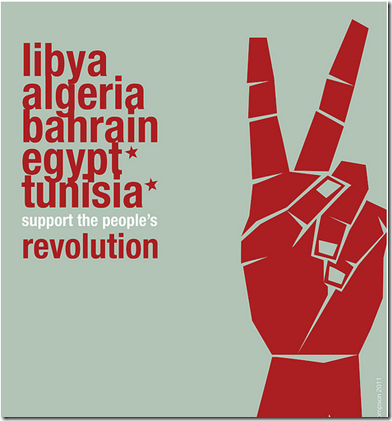 Part one is here.

This is the second part of a soon-to-be-published quick piece for the Korea National Defense University on Arab Spring and NK. Comments would be appreciated.

4. Find new nuclear clients, perhaps in Asia. It is widely argued that NK’s decision to nuclearize was foolishly expensive for an impoverished country. This might not have been true, as the DPRK has actively proliferated for cash – most notoriously with the AQ Kahn network and Syria. But as old autocratic buyers in the ME fade, pressure will grow to re-coup the expense of NK’s nuclear program elsewhere. Look for NK to probe new proliferation ‘friends,’ including Hugo Chavez, Mahmoud Ahmadinejad, the Burmese junta, and others; this will test the meaningfulness of the Proliferation Security Initiative.

5. Cleave to China, as the moral cover of fellow autocracies fades. Not only will there be fewer autocracies in the world as a result of Arab Spring, the remaining will be more morally intolerable. For two decades, the ME seemed impenetrable to the post-Cold War spread of liberal democracy seen in Eastern Europe, Latin America, and parts of Africa. Continuing ME dictatorships bolstered the moral ‘normalness’ of NK; if there are many dictatorships in the world, then NK is not especially odious. By contrast, if the world becomes more and more democratic, then non-democracies increasingly stick out. (This is arguably why China informally props up so many other dictatorships.) If this democratization of the ME is genuine, then many of the fellow autocrats who helped NK seem less uniquely awful will disappear, and NK’s isolation will deepen. NK already faces major restrictions on where its nationals and firms may operate. The loss of ‘friends’ like Qaddafi or Assad shrinks this further.

Worse, the debate in the West seems to be genuinely changing on the merits of looking the other way on dictators in the interest of stability. Western elites increasingly recognize the long-term unsustainability and ultimately self-defeating posture of tolerating dictatorships. As Western leaders scramble to get on the right side of history with the Arabs, their moral tolerance of dictatorship elsewhere will decline too. That obviously includes NK. If NATO can bomb for Libyans’ human rights, then why not for Ivorians, Syrians or North Koreans? This is opportune for the Lee Myung-Bak (LMB) administration. LMB’s rejection of the Sunshine Policy and tough line on NK has not been popular in the West. However, changing Western attitudes on the accommodation of dictatorships will likely generate new Western acceptance for LMB’s harder line. Post-Arab Spring, LMB’s rejection of the Sunshine Policy will go down more easily if detente is seen as coddling a dictator similar to Saleh or Assad.

If dealing with dictatorships becomes harder for democratic elites to justify and for democratic publics to accept, then the Six Party Talks are unlikely to resume, and NK will more openly become a Chinese client. It is no surprise Kim Jong Il now visits China regularly; it is all he has left to go to. Post-Arab Spring, the democracies of the Six Parties are even less likely to deal with NK. Losing its autocratic ME friends and unable to meaningfully negotiate with democracies, NK will (d)evolve into a Chinese satellite.

6. Do not give up the nuclear weapons – ever. This most obvious lesson is one Qaddafi, and before him, Saddam Hussein, learned the hard way. The CNN effect can chain-gang the West into places like Kosovo or Libya under R2P, but the West’s casualty tolerance is low. The West will not carry a war solely for human rights if casualties are high, and minimally interventionist air-power is the preferred tool. The easiest way to deter R2P interventions then is weapons of mass destruction (WMD). Libya turned away from its WMD program in 2003, for which it received an implied ‘no regime change’ deal from the Bush administration. The West then reneged on this deal, attacking Qaddafi, just as it was able to attack Hussein, because neither completed their WMD deterrent. Now with NATO insisting on Qaddafi’s ouster (likely resulting in his death at the hands of angry Libyans, as with Mussolini or Ceausescu), NK, especially the Kim family, will be that much less likely to deal on its nuclear program. If NK gives up its program today, it will be more open to democratic pressure and air campaigns tomorrow. Without nukes, one is vulnerable to R2P air interventions, but no democratic public is willing to tolerate a nuclear strike to push regime change. Bombing, yes; nuclear war, no. The lesson of Qaddafi, Slobodan Milosevic, and Hussein is that the West will only blink if you have WMD.

In sum, the overall lesson to NK of Arab Spring is, don’t change at all: permit no foreign reporters (they synergize the CNN effect), give as little information as possible to the NK people (rising expectations from the internet pushed Arab youth into the streets), push China as much as possible (it’s the only option), leave son-gun in place as a bulwark (when in doubt, massacre first, ask questions later). Indeed, this is the lesson of Arab Spring to all the world’s remaining dictatorships, and the worse the regime (Zimbabwe, Syria, NK), the more it applies. Moderately authoritarian states like China or Tunisia can flirt with reform, but for genuinely ferocious systems, like NK, any change risks a huge explosion, because so much social frustration has built up. There is no other way to maintain the state in its current configuration than to clamp down yet more. Sadly, Arab Spring’s liberatory potential in the ME is precisely why its impact in Korea will be a yet deeper freeze.

2 thoughts on “The Impact of Arab Spring on North Korea (2): Cleave to China even more”