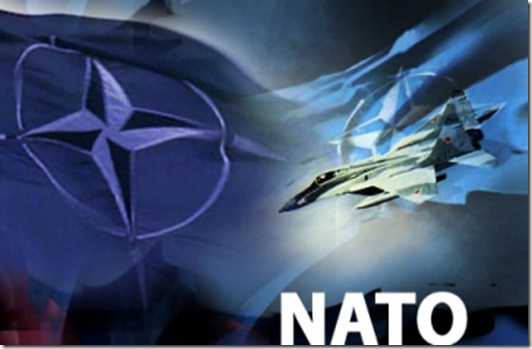 If you missed the flap over Robert Gates’ speech to the Europeans over defense spending, start here. I am participating in one of those forums about the future of NATO. If had a dime for every time I have been to a conference or forum on this, or read an article on it from the Council of Foreign Relations, the German Marshall Fund, Foreign Policy…

I am amazed at the endless amount of navel gazing on this issue, especially by Europeans in conjunction with the (equally tiresome, endless, and speculative) ‘future of the EU’ debate. You could write a book about the future of NATO or the EU (and many have), but a far more interesting book would be on the cottage industry and rubber chicken circuit that has grown up around these topics. Most westerners still don’t know the difference between Sunnis and Shia, but there’s always more time and money to bemoan NATO’s lack of a ‘strategic concept’ or (worse) the EU’s rube goldberg institutional structure. My guess is the real reason we don’t close NATO is because about 10,000 transatlantic security analysts would be out of a job (but me too, so I’ll shut up now).

Anyway, here we go on the big problems for NATO in the next decade:

1. Coherence: The Soviet threat forced an unnatural level of coherence on alliance members that has since faded. Salafist terror is not a substitute (nor should be – god save us from the ‘long war’ and ‘world war IV’) . The policy struggles over NATO action in the Balkans, Afghanistan, Iraq, and Libya suggest this tussle (‘alliance politics’) will be a regular feature in the future. This will tempt the US to go it alone, especially as the European members are divided among themselves as well. So NATO will look less like an alliance and more like a club of democracies. Its operations will have a more ‘a la carte’ feel as members opt in and out of what suits them, such as Germany and Turkey’s rejection of the current Libyan operation. The more NATO operations move from consensus to majority decision-making, with ‘modalities’ of mixed cooperation, the less the ‘all for one, one for all’ Article 5 will mean. This will progressively unnerve eastern European members who now take Article 5 more seriously than anyone else in NATO.

2. European military capabilities: Collapsing European defense spending reinforces the slide from alliance to club. NATO was always unbalanced with no integrated European ‘pillar’ to complement the US one. This is worsening, because of growing Continental skepticism about the morality and utility of the use of force, and because of the ‘age of austerity’ cuts being forced on all NATO militaries (including the US soon, but worst in Europe). The back-biting and buck-passing of the Libya operation is likely to be repeated as NATO’s high-minded idealistic commitments collide with its operational limitations.

3. Out of area: The big NATO debate from the mid-1990s to mid-2000s was whether to go ‘out of area’ (out of Europe). Afghanistan was the first test of that, and no one seems to like it. European commitments there are so hedged with rules of engagement limitations, that US commanders simply go around them. European publics don’t support ISAF. Perhaps Afghanistan was too far away and too contentious to Europeans for its connection to the much-disliked war on terror. Perhaps Libya, Syria or Somalia might revive the idea. But European publics seem to have little taste for large footprint operations. Minimalist ‘bombing for peace,’ as in Kosovo and Libya, seems like about all the out-of-area European publics are ready to tolerate, again reducing the ‘alliance’ character of the alliance.

4. No one in Asia cares about NATO that much anyway. I have been teaching international relations in Asia for years, and in my experience NATO is seen as just a pleasant, somewhat dated, regional organization. Any hype about NATO as a global police force for globalization would crash right into the new core’s disinterest in any such role. Forget that.

5. Ad hocery is the rule now. In the endless speculation over the future of NATO, my sense is that the organization increasing suffers from the outsized, almost mythic expectations that have accreted around it over two generations. Call it the public relations inertia of NATO’s path dependent trip in the western mind – from hastily thrown-together alliance to the single most important international organization ever (particularly to Europeans). After 60 years, the notion of ‘NATO’ has taken such a hold of the public imagination, certainly among western foreign policy elites, that we are constantly calling for big plans to ‘revive’ it with ‘strategic concepts’ and the like, and we regularly lament that it is fracturing. We have talked up NATO into a powerful image of western solidarity and community, but one which members don’t really want to pay or sacrifice for. NATO’s own self-image often gets in the way of its likely and ad hoc role in the future. No one really knows what NATO is supposed to do after the Cold War, but inertia in the West means we are afraid to close it (which is why we have been having forums like this one for 20 years now). So we keep throwing missions at NATO, wondering whether or not they will work, unsure quite what to expect. Expectations management (read: reduction) is needed. NATO is highly unlikely to forge a widely shared geopolitical consensus, as in the Cold War. But we can try various missions and experiments. Some may work, some won’t. But holding NATO together as a symbol of western political unity is not a bad thing in itself.

1 thought on “NATO’s Biggest Problems in the Future will be Internal, not External”