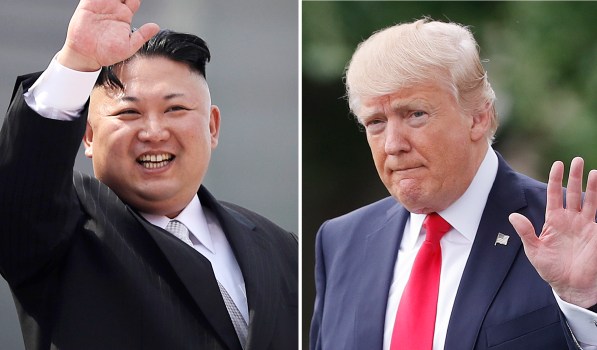 This is a repost of an essay I wrote for The National Interest a couple weeks ago. The gist of it is that there a lot more hurdles to a Korean War peace treaty than many people realize. That is why it hasn’t happened yet even though it seems pretty intuitive, if not obvious, given that the war has been de facto over sine 1953.

The two big reasons are:

1. A peace treaty potentially undercuts the legal ground for the UN/US structure in South Korea. This, most have long thought, is a big reason the North wants it. If there is formal peace in Korea, what is the US military still doing there? The South Korean left might accept this logic, but the right will not. This is why SK President Moon Jae-In can’t get this idea past his own people. There is not enough consensus for it.

2. A peace treaty may well violate the South Korean constitution, which denies North Korea’s existence. Moon may not even be allowed to sign such a document, which is pointless without SK participation. Worse though is that a peace treaty formalizes and locks-in the division of Korea indefinitely. Again, the South Korean left and SK youth may not mind that, but I don’t think that is enough for the South to formally surrender unification on Southern terms. That woo would be another huge political fight.

A few days ago in these pages, Christine Ahn argued that the rapprochement between US President Donald Trump and North Korean supreme leader Kim Jong Un merited concluding, at last, the Korean War of the 1950s. That conflict was ended by an armistice, not a peace treaty. Legally, a state of war still exists.

It is an intriguing idea and one seemingly self-apparent. The two Koreas have not fought a major armed conflict since the war ended in 1953. Conventional deterrence on the peninsula has stable for decades. And nuclear deterrence, a new state between the US and the North, is likely to be stable as well. Adapting to a nuclear North Korea is not a bad option among all the poor options for responding to Northern nuclearization and certainly superior to strikes with their risk of a major war.

There are two significant hurdles though to a peace treaty, which explain why, despite efforts for several decades to clinch one, it remains elusive:

First, strategically, the biggest problem is the continuing military stand-off along the military demarcation line. North Korean continues to station around one million soldiers near the South Korean capital Seoul. Treaty advocates argue that a termination of the war would allow the North to retrench, but without previous retrenchment, it is hard to imagine the South Korean and US militaries and national security communities supporting a treaty. There is a thorny, chicken-or-the-egg problem of sequencing here.

Alternatively, if the treaty is signed and there is no strategic re-posturing by either side, then the treaty is just a formality. It would probably be best therefore to wait until the actual strategic situation on the ground improves before closing a treaty. Then the treaty would actually reflect changed realities.

The problem, I believe, is that treaty advocates often conceive of a treaty along the lines of a definitive war concluding moment, akin to the treaties which ended World War II. In 1945, Germany and Japan were clearly defeated, and their treaty surrenders recognized that reality. An inter-Korean treaty though would be more akin to that between the US and North Vietnam in 1973. As in Korea, neither side was clearly beaten and neither’s political goals in the conflict had changed that much. Hence the treaty was more a freeze of hostilities than a final war termination act.

An inter-Korean treaty which leaves both Koreas fully intact with their militaries substantially unchanged would suffer from the same sorts of revisionist temptations as the Paris Peace Accords. In the years following the Paris deal, North Vietnam continued to harass South Vietnam until open hostilities broke out again. It would be easy to see North Korea, which has launched hundreds of provocations against South Korea since the war, doing the same. Indeed, one could also see a conservative government return to power in the South and declare the treaty void (discussed below).

In short, the major problem with a treaty is that it may put the cart before the horse. Deeper détente on the peninsula, including some kind of deal on the North’s nuclear weapons, is likely needed to provide the underpinning strategic improvements. Otherwise the treaty may just be yet another inter-Korean agreement which atrophies over time.

Second, politically, a treaty has all sorts of domestic ramifications in South Korea which the government of President Moon Jae In has yet to tackle. This is likely why the Moon government abandoned its 2018 push for a treaty and fell back to a vaguer ‘peace regime,’ and then to even vaguer ‘war-ending declaration.’ The legal weight of these two alternate concepts is unclear.

The other big political problem with a treaty is the constitution of South Korea which denies the existence of North Korea and claims sovereignty over the entire peninsula. A treaty would suggest, at least by implication, mutual recognition of the two Koreas by each other. It is not entirely clear how big this hurdle could be. I have spoken to this point at several conferences here in South Korea and have heard mixed responses. Some seem to think that may be a way to legally kludge around the constitution. Others have suggested that Moon would have to change the constitution to purse a formal treaty, hence the ideas a ‘peace regime’ or ‘war-ending declaration’ as the path least political resistance.

A peace treaty is an intriguing idea. If Trump, Moon, and Kim can change facts on the ground enough to warrant it, it is probably worth trying. But I do not believe the politics is there yet.

6 thoughts on “Without Strategic Change, a Korean Peace Treaty would be a Formality”